Currently I live and work in Fuerstenwalde (Spree)

Maria and her sisters – women in myths and present
2016  – Gallery „Altes Warmbad“ in Buckow (Märkische Schweiz): 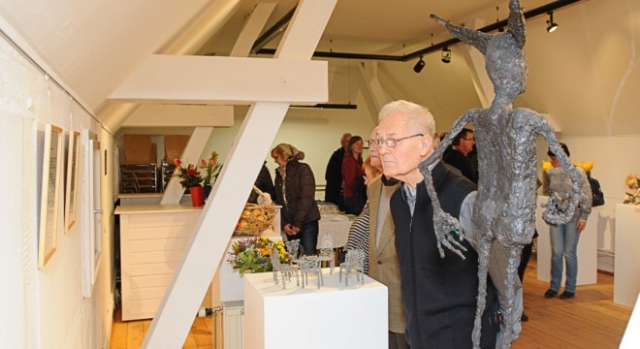 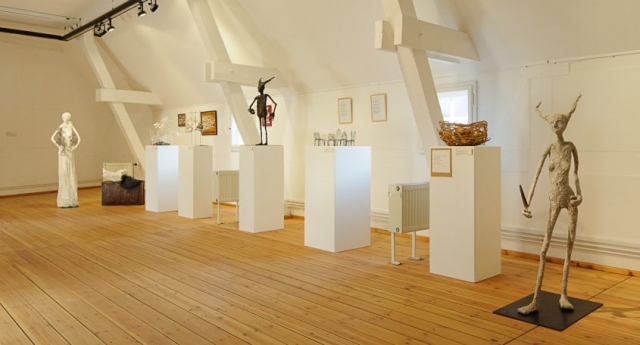 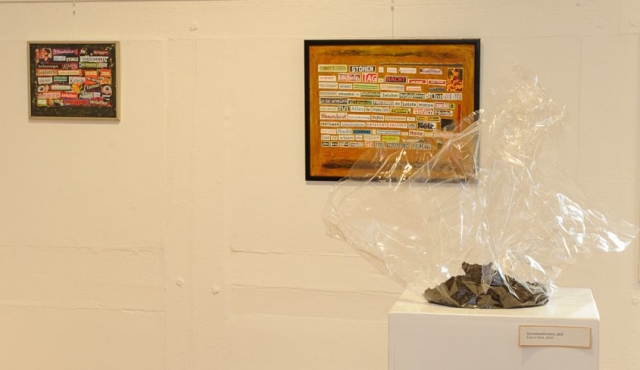 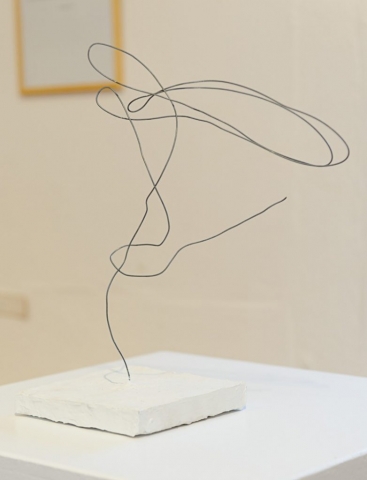 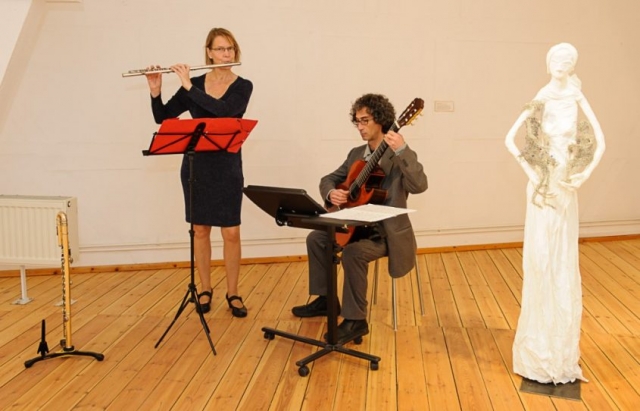 It is only a little bit smaller than her creator. Formed from paper, the figure looks breakable. But also so strong. Because she carries, in her arms, her daughter and her grandson. It is the saint Anne, mother of the blessed virgin Mary who carries in her arms Mary and Jesus. Their creator is Anna Elisabeth Berger from Fuerstenwalde. On Saturday the artist opened her exhibition “Maria’s sisters – women’s shapes in myths and present”.

Anna Elisabeth Berger is glad that so many visitors have interest in her works[…].

Who listens to Anna Elisabeth Berger, gets to know a woman who has disputed with the subjects women and mothers, matriarchy and the still unequal role of women in society on multiple levels. Anna Elisabeth Berger knows what she speaks and what she forms said Laudator Jürgen Sebastian Dönicke. As a single mother she experienced the cliffs of society in the GDR as well as after the fall of the wall. Besides, the civil service employee worked at a women’s advice centre for a while.

“The representations of mother, child and grandchild are ancient and have fascinated me”, tells the artist. She has also become absorbed in fairy tale. Snow White’s mother wishes for a child white like snow, red as blood and black as the ebony of the frame. Furthermore, Rapunzel and Sleeping Beauty are figures which she both has approached. For example, earth is to be seen in the show, aerial packed in transparent foil. “The foil symbolises the glass coffin. It stands for a quiescence in which apparently nothing happens, but new comes out”, she says. Next door she has draped a suitcase with a hat which is a symbol for the old and the new. If one leaves on a journey, one always takes something known along, however, a trip also brings new experiences. […]

The Berlin duet Heidi Cohrs (transverse flute) and Francesco Albano (guitar) provided the music to the art opening: Choros from Brazil, a mix from baroque music and polka .